It Is Time For the Wearing of the Green 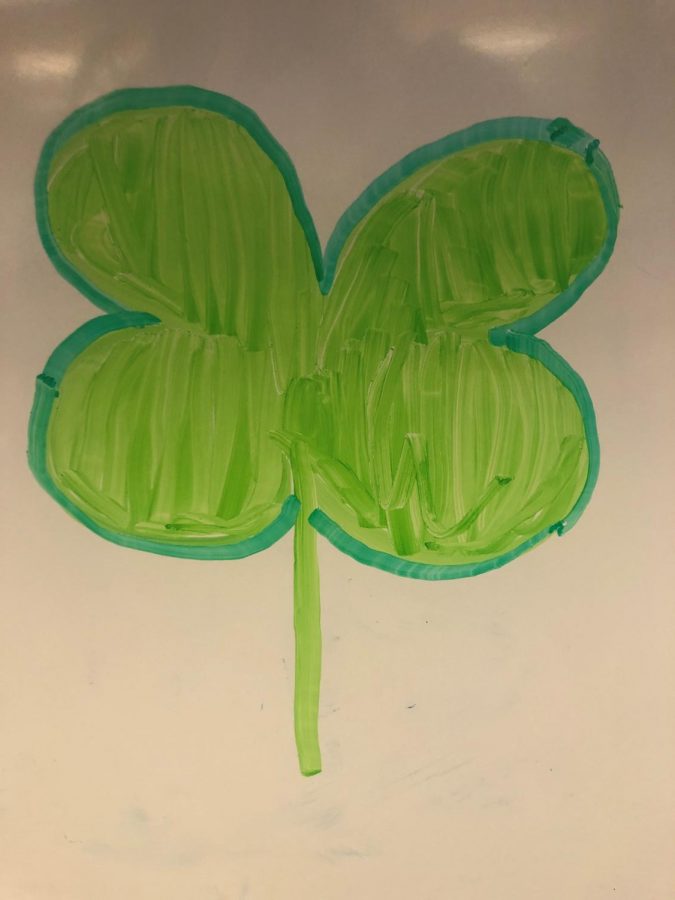 Did you know that according to Irish legend, Saint Patrick used the shamrock as a metaphor for the Holy Trinity when he was first introducing Christianity to Ireland?

St. Patrick’s day is rapidly approaching, and the Rocky Roar asked the Rocky community what this holiday means to them or what traditions they may have.

Borman also said, “I have a couple of small human beings that run around and make a mess at my house right now, so they’re kind of troublesome.” Leprechauns may come in different shapes and sizes.

Borman lastly said, “I’ve never been particularly crafty. I don’t know we obviously there’s four leaf clover cutouts and drawings and stuff I used to participate in Albertsons when I was a little kid used to have these coloring contests, in which you could like you know coloring the little pictures that they had, and I recall doing a few of those for St Patrick’s Day. I don’t think I ever won because I wasn’t particularly good at coloring in the lines but.”

Noah Kempthorn is also a student teacher at Rocky Mountain. Mr. Kempthorn said of St. Patty’s traditions: “I don’t anymore, unfortunately. There [was] a fun thing when I was young. My parents were really into St. Patrick’s Day because my mom has a little bit of Irish ancestry. So, every St Patrick’s Day. She would cut out like these little leprechaun outfits. And then she would leave them all over the home and leave them for me to find them. And that was a good activity for me growing up he’s like oh a leprechaun his real left his outfit.”

Kempthorn lastly said, “If there was gold at the end of the tunnel a lot more people would be rich, I would be rich but I’m not.”

Cassie Faught is a math teacher at Rocky Mountain High School. Mrs. Faught said of the magic of St. Patty’s: “Absolutely, because I think that life is better when you believe in magic.” Not everyone may believe in leprechauns but there are a few believers.

Faught shared that she likes “Dressing up my kids and cooking green pancakes and making those leprechaun catchers.” Lastly, Faught said, “Green tie dye would be fun.”

Everyone has their own type of activities to do on Saint Patrick’s Day. What do you like to do for St. Patty’s Day, Rocky?